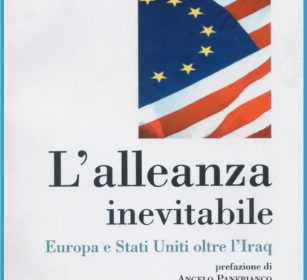 Introduction In a brilliant and original study on the state of the western alliance written in the early years of the 21st century (see Parsi 2005), Vittorio Parsi advanced the  unfashionable thesis against critics of the Alliance that however much the unity of the West may have been tested by the Bush administration’s decision to go to war against Iraq in 2003, in the end what united  Europeans and Americans would always trump that which divided them. A combination of shared values, overriding security needs, the logic of globalization, and last but not least,  European dependency on the United States in an international system that was bound to remain unipolar, effectively meant that the two were bound together for the foreseeable future. The ocean dividing the two might have seemed wide. Separation however was not an option. Nor according to Parsi was it in anybody’s interest for this to happen. Indeed, as he noted in an aside, it was high time for certain core groups to recognize that neither continent could flourish without the other’s support. Nor of course could the world as a whole. As he pointed out, friendship between Europe and the United States was just not an